HOME » 「The Art of Happiness」 ②

Mental states are classified in 「The Art of Happiness」.

One is a compassionate, warm and kind heart.

The other is hatred, jealousy, and anger.

The Dalai Lama, on the other hand, offers different approaches.

So why does the latter negative mental state occur?

First, there is an answer from a Buddhist perspective.

“through many previous lifetimes, certain things may arise, like anger or attachment.”(p29）
日本語で言えば、「否定的な感情は輪廻から来る」といった解説だわな。

And another comment. It will be long, but let’s quote.

“it is still my firm conviction that human nature is essentially compassionate, gentle. That is the predominant feature of human nature. Anger, violence, and aggression may certainly arise, but I think it’s on a secondary or more superficial level; in a sense,Ithey arise when we are frustrated in our efforts to achieve love and affection. They are not part of our most basic, underlying nature. “So, although aggression can occur, I believe that these conflicts aren’t necessarily because of human nature but rather a result of the human intellect—unbalanced human intelligence, misuse of our intelligence, our imaginative faculty. Now in looking at human evolution, I think that compared to some other animals’, our physical body may have been very weak. But because of the development of human intelligence, we were able to use many instruments and discover many methods to conquer adverse environmental conditions. As human society and environmental conditions gradually became more complex, this required a greater and greater role of our intelligence and cognitive ability to meet the ever-increasing demands of this complex environment. So, I believe that our underlying or fundamental nature is gentleness, and intelligence is a later development. And I think that if that human ability, that human intelligence, develops in an unbalanced way, without being properly counterbalanced with compassion, then it can become destructive. It can lead to disaster.

“But, I think it’s important to recognize that if human conflicts are created by misuse of human intelligence, we can also utilize our intelligence to find ways and means to overcome these conflicts. When human intelligence and human goodness or affection are used together, all human actions become constructive. When we combine a warm heart with knowledge and education, we can learn to respect other’s views and other’s rights. This becomes the basis of a spirit of reconciliation that can be used to overcome aggression and resolve our conflicts.”(p39〜40) 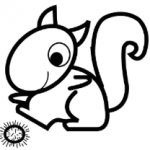 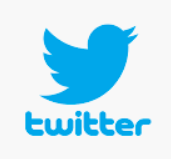